I didn’t start drinking coffee until this past fall. Despite working as a barista for four years, and growing up in a household that takes their coffee by IV, I just never had a taste for it. The last straw that turned my years of coffee-making knowledge into a coffee-drinking routine was starting graduate school. That timing is probably no coincidence. But coffee also entered my life in another way when it became the subject of a year-long research project.

My classmates and I decided to focus on coffee for our final project after recalling headlines warning of the death of coffee due to climate change. We were looking for a link between climate stressors and coffee yield, but instead found a complicated political relationship that I decided to investigate further.

I remembered back to my cafe days when there was an emphasis on serving only fair trade coffee. Any frequent caffeinator has likely heard this phrase—it is meant to signify top-quality beans, with standards-based on social, economic, and environmental criteria. Fair Trade America even has a “climate standard,” which is meant to protect farmers in the cooperative from adverse impacts of climate change. Until I went diving deep into coffee production, I still had this heroic notion about fair trade and how it helped coffee farmers.
The problem is the system that is meant to ensure fair prices for coffee growers is inaccessible for small-scale farmers. Fairtrade certification requires farmers to front a buy-in cost, which is not possible for the poorest coffee farmers, many of whom already run a yearly deficit. Economic studies of fair trade benefits, like this Harvard working paper published last year, find that any potential benefits do not extend to the most disadvantaged farmworkers.
The idea of a failsafe mechanism to help coffee farmers is enticing, but an economic solution that requires upfront investment is not it. By financially supporting the farms even when the crops fail, the farmers are able to recoup for the following planting season, but limiting access to this option means that climate stress will only further exacerbate inequality. Climate change may not be the death of coffee at my local shop, but it will be an enormous hardship for already struggling farmers.

Some farmers have turned away from fair trade to natural climate adaptations. Shade-grown coffee is one approach. By planting a mixture of taller trees around the coffee farms, coffee is less susceptible to harmful climate impacts. The new trees could provide an additional income through crops like bananas or macadamia nuts. There are added ecological benefits of this farming method, as it helps to restore nutrients in depleted soil and provides migratory bird habitat. Shade-grown coffee can even get a certification of its own—bird-friendly coffee—which helps ensure that coffee farms are helping restore bird biodiversity.

Shade-grown coffee, though currently more accessible to poor farmers than fair trade, still requires an initial sink of money to plant new trees alongside their main crops. Sometimes farmers can get their mixed planting subsidized since these methods promote a more resilient crop. Ecological solutions, compared to economic ones, set up farmers to respond to a changing climate.

I fear the collapse of coffee for my own selfish reasons. I enjoy my daily cup of coffee, and I can even make some pretty convincing latte art. Even so, what I stand to lose from coffee collapse pales in comparison to people who grow coffee for a living and are barely scraping by. The climate crisis is hitting agricultural workers hard, and subsidizing sustainable farming practices is more important than ever. For the sake of coffee workers everywhere—the joe must go on. 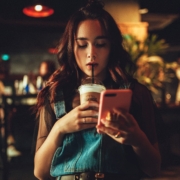 Want to join the discussion?
Feel free to contribute!

A brand that started as a bar
Scroll to top