And baristas are begging for it to be over.
The Tik Tok coffee drink order from Edward has extra whipped cream, a drizzle of caramel syrup, honey and cinnamon dulce pumps, 5 bananas, and more. It is the stickiest, most dramatic drink.

So, of course, it’s trending.

The trend that inspired this drink is quite the feat, even for the most seasoned of baristas.

Starbucks employee, Josie, went on Twitter over the weekend to vent about how complicated the Venti Caramel Ribbon Crunch Frappuccino was that customer, Edward, ordered. “On [today’s] episode of why I wanna quit my job,” the barista craftily complained in a now-viral tweet Saturday.

The tweet included a snapshot of “Edward’s double blended” drink, including the 13 sweet ingredients in the drink. This was the recipe that tipped the scales for Josie.

Oh and, on top of all that, he ordered it double blended.

Edward’s drink is one of many inspired by TikTok’ers, encouraging extremely creative coffee orders.

Using the hashtag #Starbucks, content creators everywhere are sharing hundreds of customized drinks from the unofficial “secret menu” so their followers and fellow coffee drinkers can buy them, too.

The thing is, coffee lovers are juicing up their java in all new and different ways. The other thing is that baristas do hate us for ordering these outlandish, extensive treats.

A fellow Starbucks worker posted a Tweet too, “This order comes in every other week.” The coworker empathized with Josie via a picture of a Green Tea Creme Frappuccino with 29 specifications for the drink.

“I’ll raise you this,” another barista captioned, showing off her order of a Caffè Misto with over 30 additional requests.

Customers in line behind these Tik Tok Crazers aren’t fans of these drinks either.

“I was behind a woman who had an order that ridiculous and insisted it is heated to 37 degrees celsius ..’ not 36, not 38–I will KNOW the difference,’ ” a customer responded to Josie’s tweet.

“The Starbucks employee asked for her name..her reply ‘Sexy Vivacious,’” she lamented, adding the eye-rolling emoji for emphasis.

Josie is just hoping she doesn’t get fired for spilling the beans about Starbucks crafty connoisseurs. 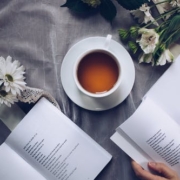 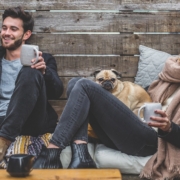 Avoiding a bitter end for coffee from climate change
0 replies

Want to join the discussion?
Feel free to contribute!

A brand that started as a bar